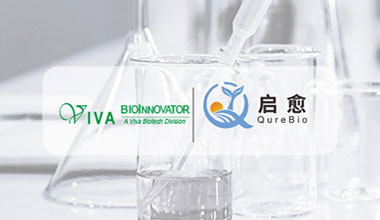 Viva was a core supporter of QureBio as they closed their Series A financing which will help to move their main assets through pre-clinical studies with the aim of starting Phase 1 trials in 2 years. This innovative company operates a suite of advanced platforms including include phage display technology, hybridoma antibody humanization, single domain antibody, and antibody engineering which helps them discover novel antibodies for unmet patient needs.

QureBio, which received investment and incubation services from Viva BioInnovator, recently announced the completion of their A round of financing. QureBio is a research and development company focused on innovative biologics. Their goal is to create new drugs that could treat many indications such as cancer, autoimmune, and metabolic diseases for patients all around the world. This round of financing will be primarily used for the preclinical development of QureBio’s major pipeline assets. QureBio was founded in 2017 with assistance from Viva Biotech.

QureBio operates many innovative platforms including phage display technology, hybridoma antibody humanization, single domain antibody, and antibody engineering. Among them, the hybridoma antibody humanization platform can overcome immune tolerance, and has successfully discovered several multi-membrane antigen. The phage display platform is a synthetic human source library platform which can be used for bispecific antibody screening from a common light chains.

They plan to leverage their internal platforms to build a complete pipeline of large molecule drugs with independent IP. They already have several antibody drugs in development, two of which are still in preclinical studies and two which are about to begin clinical studies.

Xiangdong Qu, the founder of QureBio, has over 20 years of experience in the research and development of new drugs. From 1999 to early 2012, he worked for Cell Therapeutics Inc., Eli Lilly and Amgen, but in 2012 he moved back to China where he was the Vice President of Yangzijiang Biopharmaceuticals, then the CEO of Shanghai Hailu Biotechnology Co., Ltd. He led the development of a PD-1 project which has been approved in China, as well as work on PCSK9 and IL-15.