On a quest to solve the biggest problem in stroke therapy 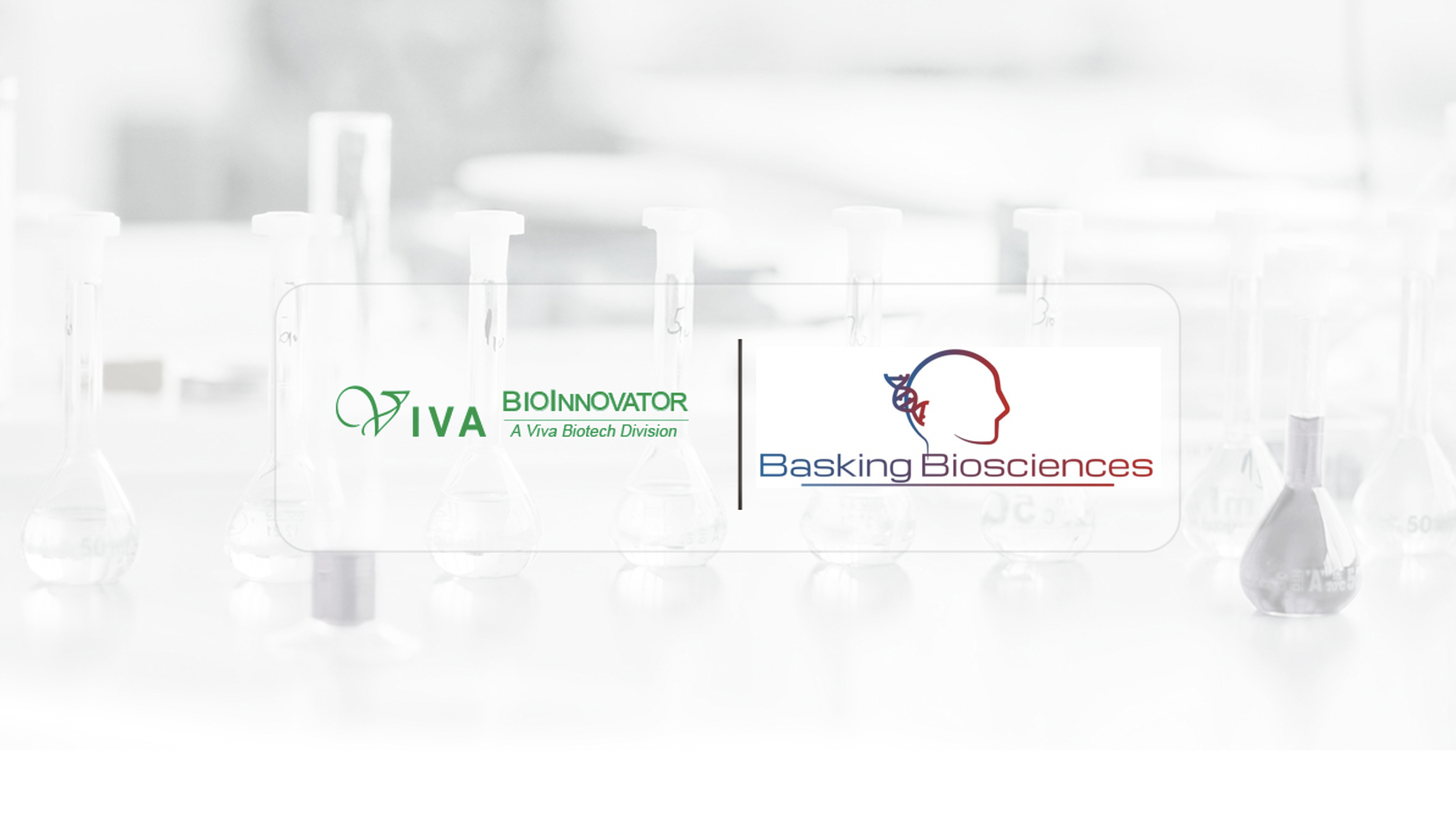 URGENCY AND DISBELIEF MERGE in the voice of Shahid Nimjee, MD, PhD, when he shares that someone in America suffers a stroke every 40 seconds and only a small percentage of patients can be helped by medication or surgical intervention. He explains how the gravity of stroke gets watered down because post-stroke complications and secondary illnesses are what kill most stroke victims, not the stroke itself.

His voice gives way to heartbreak when he shares that the reason he has devoted his life work to figuring out better treatment for stroke victims is because he lost his grandmother, who helped raise him, to a hemorrhagic stroke due to a ruptured brain aneurysm when he was 15.

“She is the reason that I do what I do for a living,” says Nimjee. “My grandmother and my parents have had such a huge impact on my life and my work.”

Nimjee is the product of what he says is the classic immigrant story. His parents, along with his grandmother, moved to Canada from east Africa three months before he was born so he and his siblings would benefit from greater opportunities and access to education. His father was a chemist, his mother a lawyer, and his grandmother, who grew up in South Africa and was a healer, had all the makings of being a doctor but never practiced due to issues with her vision. While his parents went back to school to earn new degrees in their fields after immigrating to Canada, they also worked to instill in their children a solid foundation of self-sacrifice and the ability to think about other people besides themselves. Nimjee learned from his family that in order to be good, one had to do good.

After completing MD and PhD programs, Nimjee began his neurosurgical training and cerebrovascular fellowship, spending evenings and weekends in the research lab working tirelessly to “do good” by stroke victims. His work has reached the threshold of bringing hope and healing to the 690,000 patients in the United States, and the 13 million people worldwide, who each year suffer acute ischemic stroke — stroke that is caused by a blockage, typically a blood clot, in the arteries supplying blood to the brain.

An area in medicine that could use some hope

Stroke ranks No. 1 in combined global illness and death. The reason physicians are only able to treat a minority of patients, between 3%-6%, is because there is only one drug treatment available — recombinant tissue plasminogen activator, or rTPA. It works by dissolving blood clots that lead to stroke, but its therapeutic window is short and not without risk as patients can develop a deadly hemorrhage in the brain after its use. What makes matters worse, only 10%-15% of stroke victims qualify for surgical removal of the clot.

“So basically, we have to tell eight of 10 people, ‘sorry, there is nothing we can do,’” says Nimjee.

“It’s those eight people who suffer disabling post-stroke complications and who often succumb to illness secondary to the stroke, that have kept me motivated to finding an alternative to rTPA.”

Learn more about the early warning signs of a stroke

For Nimjee, an associate professor in the Department of Neurological Surgery at The Ohio State College of Medicine, his education began early on in medical school when he encountered patients whose lives were upended after a blood clot blocked or narrowed an artery leading to the brain, resulting in the brain not receiving enough oxygen, commonly known as an ischemic stroke. He saw firsthand how doctors did not have much in their arsenal to counteract the devastation brought on by these clots, whether in the brain, heart, lungs, arms or legs.

Motivated by the lack of treatment options at the bedside, he went to the research lab to try to find a solution. First, he worked to understand what happens on a cellular level when blood clots form. By understanding this, he hoped to learn how to prevent them from forming in the first place. He joined the research lab of Bruce Sullenger, PhD, a world-renowned nucleic acid biochemist and virologist who had just embarked on studying a new facet of RNA biochemistry that looked at aptamers.

The word aptamer stems from the Latin word aptus, which means “to fit” and meros, which means “part.” Aptamers are short, single-stranded DNA or RNA molecules that can selectively bind to a specific target, including proteins, peptides, carbohydrates, small molecules, toxins and even live cells. They bind because they “fit” their targets. Think of them as little hooks, like on Velcro. Once they attach, they prevent their targets from functioning. Another interesting aspect of aptamers is that they assume a variety of shapes due to their tendency to form helices and single-stranded loops. They are versatile, yet bind targets with high selectivity and specificity. Nimjee’s work looked to take advantage of aptamers in the treatment of strokes.

A breakthrough came from analyzing tissue from clots that were removed from the brains of stroke victims who had suffered a large vessel occlusion stroke. Analysis and existing scientific research confirmed that blood clots consist not only of fibrinogen, a protein that helps clots to form, but also of platelets, and a protein called von Willebrand factor (VWF).

Nimjee’s team demonstrated that there is an elevated presence of VWF in the blood circulation of stroke patients compared to non-stroke patients. Most recently, he and his team were able to show in preclinical models of large vessel occlusion stroke, that through targeting VWF using an aptamer, clots can be broken after formation, reducing the amount of stroke seen in the brain. They have done this by developing an RNA aptamer, named DTRI-031, which binds to and inhibits VWF. They then designed a specific reversal agent, which turns off DTRI-031, in the event bleeding occurs.

“One drug inhibits blood clot formation or dissolves already formed clots in the first place and the other basically neutralizes the first drug if it did not do its job or if it causes bleeding.”

When he saw the on-off switch work in the lab, Nimjee says he felt a great deal of hope and gratitude. Hope that it had the potential to help so many and gratitude for his family’s sacrifices and support, which allowed him to reach this point of discovery.

Questions and answers about stroke with Shahid Nimjee, MD, PhD

Pursuing the promise of a new therapy

Nimjee was originally recruited to The Ohio State University Wexner Medical Center to develop advanced preclinical models to test the anti-VWF aptamer. Early studies showed use of the anti-VWF aptamer inhibited platelet aggregation and the formation of blood clots in whole blood and animal studies. Early studies also confirmed they were on the right track with the reversal agent, which proved to quickly reverse the effect of DTRI-031 if bleeding occurred as a result of its administration.

Nimjee and his team have recently been awarded a prestigious R01 grant from the National Institutes of Health to move their drug therapy forward. They anticipate the results from the grant will propel clinical trials that could at long last deliver solid stroke treatment with less risk than the existing treatment with rTPA. Nimjee says this novel therapy “has the potential to help 80% of patients as opposed to the 20% that we can help now.”

The role of the physician scientist

Since his first clinical rotation, Nimjee has embraced the role of translational research scientist, which is a scientist who identifies a patient need, goes into the lab to find solutions and then returns to the bedside with effective treatments. After years of seeing and studying stroke in real time, he better understands how this novel therapy could be a game-changer, especially in rural areas, where access to treatment is more limited.

“In tomorrow’s stroke world, the patient can come into some kind of mobile unit or center and immediately receive this new drug treatment,” Nimjee says.

“Then they can be transported to a larger facility like ours, where further tests could show that the clot has dissolved because the drug has done its job.”

It has been a long road to get to this point. Nimjee says it was made possible because he and his team followed the scientific process and used a team approach that kept them learning new knowledge and learning from each other throughout the entire process.

“If we knew everything from the get-go, this would simply be an order of operations process; you do a, b, then c and you are done, but this whole journey has been a series of discoveries,” says Nimjee.

Discovery that could enable Nimjee and other practitioners to save more patients from the debilitating and life-threatening effects of stroke.