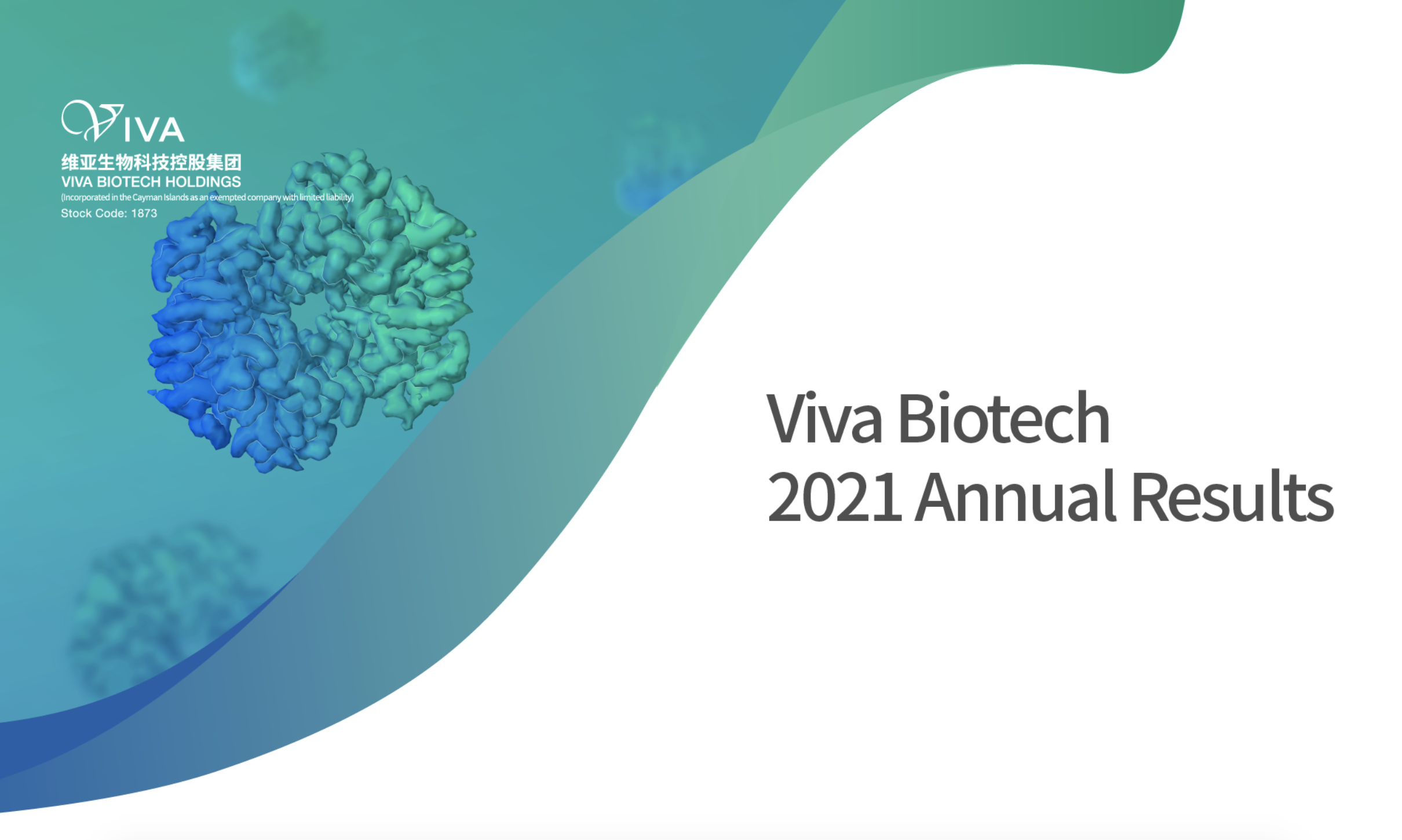 CRO Business Revenue Maintained Rapid Growth with an Increase of 68.7%

FinancialHighlights of the year ended December 31, 2021:

The increase was mainly attributable to the rapid growth of the Company's CRO business and the increase in revenue arising from the acquisition of Zhejiang Langhua Pharmaceutical Co., Ltd. (“Langhua Pharmaceutical”). Based on innovation and deep integration of resources, the Company continued to provide clients with one-stop integrated services from structure-based drug research and development to commercial drug delivery.

The Company had delivered more than 34,000 protein structures to clients, approximately 13,134newly delivered, a YoY increase of 73.8%, and conducted R&D on over 1,800 independent drug targets, 226 of which were newly added. The cumulative number of clients served had increased to 1,032, including the global top 10 pharmaceutical companies (by reported total revenue for 2021) and 41 companies included in Fierce Biotech’s Fierce 15, with the top10 clients accounting for 26.8% of revenue. The Company’s clients are geographically diverse and primarily located in the United States, contributing approximately 72.5% of the revenue. And the revenue from Mainland China accounted for approximately 16.1% of the total, a YoY increase of approximately 83.8%.

In 2021, the Company used synchrotron radiation source for 1,934 hours and maintained long-term cooperation with 12 synchrotron radiation source facilities around the world, which are distributed in nine countries/regions, including Shanghai of China, the United States, Canada, Japan, Australia, theUnited Kingdom, France, Germany and Taiwan of China to ensure uninterrupted data collection throughout the year.

During theReporting Period, the Group made great efforts to strengthen the strategic integration of Langhua Pharmaceutical, intensifying the construction of CMCR&D centers for technology build-up, strengthening client outreach and business development activities for business growth, and accelerating production capacity building for production expansion. Langhua Pharmaceutical’s revenue for the year amounted to RMB1363.6 million, representing a YoY decrease of 10.2%, mainly due to the limited production capacity caused by the upgrade of the T10 plant in the first half of the year, exchange rate changes, and the impact of COVID-19. As of December 31, 2021, Langhua Pharmaceutical had served a total of 788 clients, with the top ten clients accounting for 54.0% of its revenue, representing a continued optimization of the revenue structure. The retention rate of the top ten clients was 100%.

In respect ofCDMO capacity building, the upgrade of the T10 plant was completed inSeptember, and the T02 plant entered the commissioning stage after equipment installation was completed in December. During the Reporting Period, the annual usable capacity was 671 cubic meters, and the capacity utilization rate was70%, a relatively high level. It is expected that the T02 plant will be formally put into operation in 2022, with a new capacity of 189 cubic meters.

In respect ofCMC, the Group intensified the construction of R&D centers and increasedR&D personnel. A CMC R&D center of approximately 10,000 square meters was partially put into use in December. The center is located in the Group’s headquarters in Zhoupu, Shanghai, and contains a 3,000-square-meter GMP formulation plant. As at the end of the Reporting Period, the number of CMCR&D personnel had reached 120. In 2022, the Group will strengthen efforts to expand the R&D personnel.

In 2021, 14of the portfolio companies completed a new round of financing, raising overUS$360 million in total. The R&D efforts of the portfolio companies were progressing smoothly, with the total number of pipeline projects increasing to185, of which 20 had entered the clinical stage. On June 14, 2021, AbSciCorporation (NASDAQ: ABSI), a synthetic biology company, announced that it had reached an acquisition agreement with Totient Inc..

Further Expanded the Scale of Staff and Facilities

As atDecember 31, 2021, the Group had a total of 2,127 employees. And the Company has been accelerating the construction of office and laboratory facilities inline with its workforce expansion plans and expanding production capacity to meet the fast-growing business needs.

•      TheGroup’s new headquarters in Zhoupu, Shanghai covering approximately 40,000square meters has been partially put into use in December.

•      The novel drug incubation center with a GFA of approximately 77,500 square meters in Qiantang New District, Hangzhou has commenced construction in July 2021.

Dr. CheneyMao, Chairman and Chief Executive Officer of Viva Biotech Holdings, said, “With unique advantages in structure-based drug discovery (SBDD), we will continue to strengthen the construction of a one-stop drug R&D and manufacturing service platform, deepen the synergy between CRO and CDMO business, improve the capacity building for front-end services and drive business to back-end services to further enhance the business funnel effect. The Company is in an effort to establish an open eco-system for global biopharma and biotech.”

As of December31, 2021, Viva Biotech has provided drug R&D and production services to1,820 biotech and pharmaceutical clients around the world. We have invested and incubated 87 biotech start-ups in total. In the future, the Company will continue to strengthen its technical barriers, improve R&D and production level, and the service capacity, so as to provide high-quality and diversified services for more drug discovery start-ups, as well as the medium and large pharmaceutical enterprises around the world. We hope to benefit more patients through Viva’s platform.