Triumvira is Creating a Different Picture for Cancer Patients 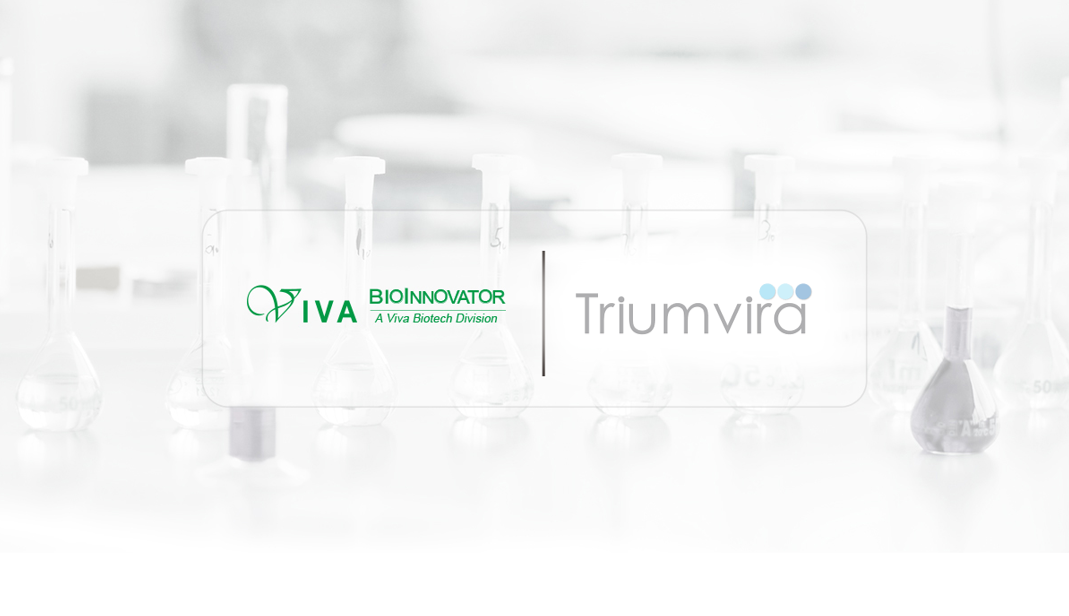 Triumvira Immunologics has an alternative to chimeric antigen receptor (CAR) and T cell receptor (TCR) therapies – one that has the potential to overcome challenges like lack of persistence in solid tumors, premature exhaustion and toxicities.

The immunotherapy company, which is based on the scientific ideas of Drs. Jonathan Bramson and Christopher Helsen at McMaster University in Hamilton, Ontario, is using its proprietary T cell Antigen Coupler (TAC) technology to co-opt the natural T cell response, which has evolved over millions of years, to effectively remove foreign pathogens and cancer cells without harming the host – aka. humans.

TAC can best be described as a hybrid molecule made up of multiple protein domains to combine tumor-targeting abilities with the T cell’s own activation machinery.

In his early work with T cell activation, Bramson, a professor of immunology, found CARs to be extremely efficacious but also extremely toxic. So, he asked the question: “Could we have a more natural activation of the T cell than by using a synthetic receptor?”

Thus, Triumvira was born, completed a $55 million Series A financing round in August 2020 and went on to make the number 5 spot on BioSpace’s Top Life Sciences Startups to Watch in 2021 list.

Dr. Paul Lammers, who came on board as president and chief executive officer in 2018, explained that the construct and biology of TAC-T cells are completely different from that of CAR-T cells. Unlike CAR-Ts, Triumvira’s TAC-T cells have no activation domain or co-stimulatory domain.

“Our TAC technology is a multi-domain chimeric molecule that works directly with the T cell receptor to help a T cell recognize and attack cancer cells. The use of an intracellular co-receptor sequence as one of its domains is completely unique to Triumvira,” Lammers said. “This strategy is designed to retain the T cell’s natural control and internal feedback mechanisms and unlike CAR-T cells with an activation domain or co-stimulatory domain, our TAC-T cells do not exhibit tonic signaling.”

This tonic signaling leading to premature exhaustion makes it difficult to attack solid tumors, which require a more robust targeting mechanism. Offering greater persistence and durability for deep solid tumor penetration, Triumvira believes that its TAC-T cells are the answer to finally breaking through in these more resilient cancers.

Compared with TCR-T cells, Lammers said that TAC-T cells have a much broader applicability to attack different tumor antigens or types.

“TCR approaches are restricted to binding to proteins of the Major Histocompatibility Complex (MHC), which are often expressed at lower levels in cancer cells, so you may limit yourself by using this approach,” he said.

TAC-T cells have no such limits, and therefore are capable of advanced antigen targeting. Add this to increased T-cell persistence, controlled cytokine release and the creation of a normal immune synapse, and Triumvira is aiming to defeat a wide range of both hematologic malignancies and solid tumors.

Lammers added that the TAC technology has demonstrated superiority over both CAR-T and TCR approaches in preclinical models.

“In multiple in vivo tumor models, our TAC-T cells have outperformed CAR-T cells, and also another approved active agent in both efficacy and safety,” he said.

Triumvira’s inaugural program is directed against HER2, a well-known tumor-associated antigen that is expressed in multiple tumors. On Monday, Triumvira announced that it has treated the first patient in its phase I/II trial for the asset, TAC01-HER2, which is currently enrolling at several U.S. sites including the MD Anderson Cancer Center, the Dana Farber Cancer Institute and the University of Chicago.

As toxicities associated with CAR-T therapies have been identified quickly following administration of the CAR-T cells back to the patient, Lammers anticipates that safety analysis and observations “will happen with patient one on day one.” He added that Triumvira anticipates and hopes for a very good safety profile.

In this first clinical trial, Triumvira will also be looking at a number of biomarkers, including whether the TAC-T cells retain a memory phenotype, long term T-cell persistence (both of which Lammers noted they have demonstrated in animal studies) and cytokine release profiles.

HER2 is only the first antigen of interest, however, as Triumvira’s drug development philosophy is defined by taking “multiple shots on goal.” Additional TACs are being explored targeting B cell maturation antigen (BCMA), which is implicated in multiple myeloma, GUCY2C, an antigen that is overexpressed in colorectal and gastric cancer and Claudin 18.2, which is overexpressed in gastric cancer and non-small-cell lung carcinoma (NSCLC). Investigation of a TAC against Glypican-3 (GPC3), a newly recognized target that is frequently elevated in hepatocellular carcinoma (HCC), is also underway.

“We want to build a strong and broad pipeline that really shows the opportunities and versatility of the technology,” Lammers said. “We believe in the broad applicability of our TAC platform, and we're actively setting up to have four to five INDs open in the next two to three years.”

Lammers shared that the cost and inefficiencies associated with the current cell therapy manufacturing and delivery processes are the most significant barrier to bringing these promising treatments to patients.

In order to overcome these challenges, Triumvira is pursuing an allogeneic approach, using gamma delta cells, which the company believes also have an innate ability to kill.

“By adding a TAC onto gamma delta cells, we might have a double whammy,” Lammers said.

With faith in its science and robust preclinical data, Triumvira entered into a collaboration with Lonza in March 2020 in order to leverage the cell and gene therapy manufacturing leader’s expertise in process development and scalable, automated Cocoon® Platform for its autologous program.

“We anticipate that Cocoon will deliver higher quality engineered T cells than the state of the art bag method that's currently used in the industry, but also at a lower cost, with a much smaller footprint logistically,” Lammers said.

In order to excel with a technology that it believes is “a cut above”, the Triumvira team of nearly 50 must also transcend expectations.

“It's a very entrepreneurial environment because it's still a small biotech, so oftentimes people are asked to wear multiple hats. It attracts certain personalities,” Lammers said.

As it continues to expand its R&D, process development and clinical development team in both Hamilton and the US, headquartered out of Austin, Texas, Triumvira is looking to bring in “great scientific minds” with the ability to work in highly collaborative environments and who are not afraid to bring innovative ideas to the table.

While Triumvira’s mission is first and foremost to improve the lives of cancer patients, Lammers shared that the company also envisions a place for the TAC technology in the autoimmune and anti-infective disease spaces.

“We believe that our differentiated technology, as well as the mechanism of action, is a major step forward in cell therapy,” Lammers said. “We’re excited about the company we're building and the outlook of upcoming milestones.”