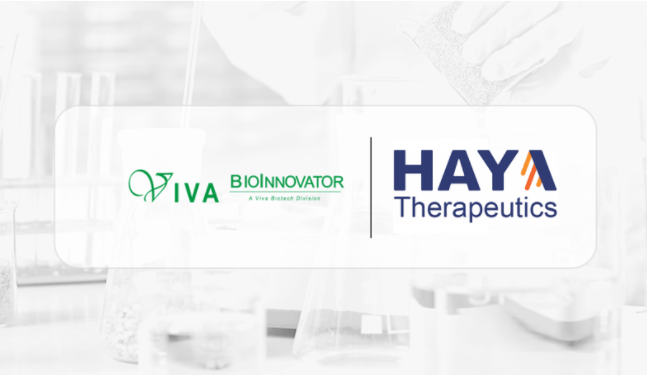 Switzerland has long been known as a booming biotech hotspot in Europe that boasts many high-profile companies. Here are the top 15 biotech companies among the new generation of promising startups in Switzerland.

Last year saw a record-breaking amount of money pouring into the Swiss biotech industry. According to a recent report by the Swiss Biotech Association, biotechs in Switzerland raised approximately €3B (CHF 3.4B), more than doubling 2019’s €1.08B (CHF 1.2B) haul.

Switzerland’s success as a bubbling biotech cauldron is reflected in the steadily growing number of biotech companies that have settled there. In the last ten years, the number of biotechs in Switzerland has grown from 236 in 2010 to 314 in 2020. Swiss biotechs employed more than 16,000 people in 2020.

With helpful tips from local experts, we’ve put together a list of promising biotech startups in Switzerland.

Araris Biotech is a spin-off from the Swiss Paul Scherrer Institute and the ETH Zurich. The company works on antibody-drug conjugates (ADCs), a type of drug where a toxic agent is attached to an antibody with a so-called linker. Currently, ADCs can come with a number of limitations. For example, the antibody part of the drug must often undergo costly and time-intensive engineering, slowing the ADC’s development.

To address this challenge, Araris Biotech has developed a linker platform that allows the attachment of any toxic agent to off-the-shelf antibodies, reducing the need for prior antibody engineering. In late 2020, the company raised €13.8M (CHF 15.2M) in a seed round to boost the preclinical and clinical development of its lead ADCs.

CDR-Life is developing antibody fragments to treat cancer and retinal diseases. The company’s antibodies target tumor-specific proteins inside cancer cells and guide a patient’s own T cells to attack and kill these cells. This highly specific therapy is designed to lower toxicity in the patient and avoids the side effects of many other current immunotherapies.

The startup recently entered into an agreement with the German pharma giant Boehringer Ingelheim to co-develop treatments based on antibody fragments for the irreversible retinal disease geographic atrophy, which occurs in patients with age-related macular degeneration. CDR-Life will be eligible to receive up to €434M (CHF 474.5M) in upfront and milestone payments, research funding, as well as royalties on potential sales.

Cutiss is a spin-off from the University of Zurich. The regenerative medicine startup develops skin grafts to treat severe burns. Large and deep burns can reach the dermis – the lower layer of skin tissue – which can result in painful and disfiguring scarring. Currently, burns of this severity are treated by taking a skin graft from another part of the patient’s body, but these often contain very little tissue from the dermis layer and still cause scarring.

To get around this problem, Cutiss takes a small sample of healthy skin from the patient and then expands it in vitro. The company then creates a personalized skin graft containing both the epidermis and dermis layers. Its main candidate has completed a phase I clinical trial in pediatric patients and is now being tested in phase II in adults and children. In July 2020, Cutiss raised €19M in a Series B financing round to support its phase II clinical trial and scale-up manufacturing in Switzerland.

A spin-off from the University Children’s Hospital of Basel and the ETH Zurich, DBI has combined high-resolution mass spectrometry with artificial intelligence (AI)-based tools to measure the chemical signature of our breath. The company aims to use molecular breath analysis to advance precision medicine in different respiratory, neurological, and metabolic indications.

DBI is mainly working in the areas of chronic obstructive pulmonary disease, obstructive sleep apnea, epilepsy, sports performance, and sleep-associated metabolism. It has close collaborations with university hospitals in Switzerland and Jinan University in Guangzhou, China. In June, DBI entered into a collaboration with the German pharma giant Bayer in which DBI’s AI-driven breath analysis tool will be used in a clinical study of a new nasal drug for obstructive sleep apnoea syndrome.

Endogena Therapeutics has developed an AI-driven platform that triggers stem cells in the patient’s body to regenerate and repair damaged tissue.

In May 2021, the FDA granted orphan drug designation for the company’s lead program, a small-molecule cell regeneration therapy for the treatment of retinitis pigmentosa, a degenerative eye disease that can result in blindness. This announcement closely followed a €6.5M ($8M) Series A financing round in January 2021.

FoRx Therapeutics is developing drugs that target this particular DNA repair pathway to block replication in cancer cells. The company’s drugs aim to treat colorectal and ovarian cancers and treatment-resistant melanoma. In April 2020, FoRx raised €10M in seed financing. It will use the money to perform screening assays and optimize lead drug candidates to take them into clinical trials.

Haya Therapeutics focuses on blocking long non-coding RNAs found in the human genome, which play a role in fibrotic diseases and other age-related health conditions, like cancer. Haya aims to identify new targets and drug candidates that could be more effective and have a greater efficacy profile than current treatments. The precision therapeutics company uses RNA-targeting drugs, such as modified antisense oligonucleotides, to inhibit long non-coding RNAs.

In May 2021, Haya Therapeutics raised a €16.4M (CHF 18M) funding round. The company is also preparing to start clinical trials with its lead candidate, an antisense molecule to treat the rare heart disease non-obstructive hypertrophic cardiomyopathy.

Spun out from Merck in 2017, iOnctura develops cancer and fibrosis treatments. The company’s lead candidate is a small molecule drug that blocks a protein called PI3K delta, which is active in many types of cancers. While there are several PI3K inhibitors on the market and in development already, iOnctura’s drug is the first to target solid tumors.

In January 2020, the company raised €15M in a Series A round to fund a phase I trial of iOnctura’s lead candidate. The rest of the money was earmarked for completing the preclinical development of iOnctura’s second candidate, also for treating solid tumors.

As the first cultured meat startup in Switzerland, Mirai Foods is working to produce real meat without slaughtering animals. The company’s aim is to culture animal cells without genetically modifying them in the process. Its first product will be beef because it has the largest carbon footprint, but the company plans to produce a variety of products in the future.

In January 2021, the company raised €2M ($2.4M) in seed financing to develop its prototype into a commercially available product, to grow its team and build a pilot production plant. The funding amount was increased in March 2021, when the company raised an additional €1.8M ($2.2M).

Muvon Therapeutics is a spin-off from the University of Zurich. The company is developing a personalized cell therapy that uses the patient’s own cells to regenerate skeletal muscle tissue. Its technology allows for the targeted isolation of muscle tissue cells called muscle precursor cells, which are expanded outside of the body and then injected back into the patient where it can regenerate muscle tissue.

The company’s main focus is the development of a treatment for stress urinary incontinence in women. It recently closed active recruitment for its first phase I clinical trial.

As a brand new synbio company, Omne Possibile develops new-to-nature nucleic acids (XNA), which are modified versions of the natural building blocks of DNA and RNA molecules. XNA can be customized for different industrial applications in the areas of healthcare, information technology, and smart materials. For example, to avoid the limitations of messenger RNA (mRNA), researchers could use mXNA instead of mRNA to develop modern vaccines, treat genetic diseases, or fight pests in agricultural settings.

In May 2021, Omne Possibile announced an investment of an undisclosed amount by French company eureKARE, which recently launched with €49M ($60M) to finance next-generation biotech companies in Europe.

Scailyte is using AI tools to speed up the discovery of biomarkers from single-cell sequencing data and clinical data. The AI solution can analyze complex datasets in just a few hours and can deliver insights into biomarkers and molecular cell-identity signatures. The findings can then be used to help with the diagnosis and treatment of complex diseases like cancer and endometriosis.

This year, Scailyte has entered into two strategic partnerships: one with the Swiss AI company Volv Global to develop a patient identification and diagnostic platform for rare diseases; and the other with the South Korean single-cell genomics company Geninus for the development of a patient stratification and predictive platform for non-small cell lung cancer.

Stalicla was founded to meet a fundamental challenge in the development of autism treatments: clinical trials of ‘one-size-fits-all’ drugs for autism patients have failed in recent years. The precision medicine company is taking a tailored approach to tackle the diverse condition. Stalicla uses systems biology and AI to classify patients with autism spectrum disorder into different patient populations based on biological, genetic, and other available clinical data. Then, it selects drug candidates – new drug entities or novel combinations – that are best suited to treating the groups of patients it has identified. Each drug or novel drug combination is developed alongside a diagnostic test to detect biomarkers.

The company is already running clinical trials in the US. Currently fundraising for its Series B, Stalicla raised €22.8M in Seed and Series A in 2020 to launch the clinical development of its lead candidate and advance the identification of its second patient subgroup. The company plans to bring its two lead candidates into phase II trials in 2022. The company’s first drug candidate is designed to treat 20% of patients who have autism from an unknown cause.

Synendos Therapeutics is a spin-off from the University of Bern and the Swiss National Centre of Competence in Research TransCure. The company is developing a new class of small molecule drugs called selective endocannabinoid reuptake inhibitors (SERIs) that can restore the normal functioning of the endocannabinoid system in the brain. SERIs can be used to treat neuropsychiatric disorders such as anxiety, mood, and stress-related indications, like post-traumatic stress disorder.

In April 2021, the company raised €22M (CHF24M) in an expanded Series A financing round. Synendos will use the money to complete the preclinical development of its lead drug candidate and take it through safety and proof-of-concept clinical studies.

After raising €8M (CHF 9M) in a Series A financing round in late 2018, Tolremo received an additional €4.3M (CHF 4.7M) in Series A financing in 2020, bringing the total funding round to €12.5M (CHF 13.7M). The funds will be used to advance the development of its first clinical candidate, which is currently undergoing lead optimization, and boost its preclinical pipeline.

We would like to thank the experts from BioAlps, the Greater Zurich Area, and Switzerland Global Enterprise who supported the creation of this article with their feedback.