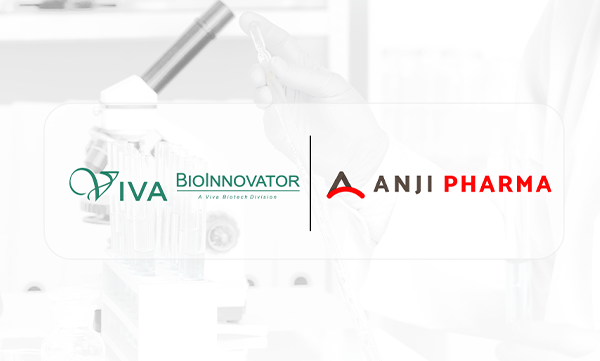 Recently, Anji Pharma, an emerging global medicines company which was invested and incubated by Viva BioInnovator, has posted updates on two lead clinical programs - ANJ908 and ANJ900. They shared the progress on these programs at two prominent scientific conferences: Digestive Disease Week (DDW) from May 21st-24th in San Diego and the American Diabetes Association (ADA) 82nd Scientific Sessions from June 3rd-7th in New Orleans. ANJ908 and ANJ900 both have major potential to unlock significant value in Anji’s clinical pipeline and fulfill the mission of improving lives globally.

ANJ908 is an inhibitor of diacylglycerol acyltransferase 1 (DGAT1), an enzyme which facilitates re-assembly of meal triglycerides and acts as a sensor of dietary fat intake. Inhibition of DGAT1 is a novel mechanism of action to treat chronic constipation and has the potential to offer significantly greater response rates to patients compared to current treatment options. At this year's DDW, Dan, Alice, and Tammy represented Team Anji and assembled the ANJ908 clinical advisory board to review preliminary Phase 2 data and discuss potential registration strategies. The trial was conducted in five clinical sites in the U.S. and 20 clinical sites in China. They plan to report topline data from this study in the coming months.

ANJ900 is a metformin-based treatment for patients with T2D and CKD. Metformin is the most widely prescribed drug for the treatment of T2D; however, it is contraindicated in a large and growing subset of diabetic patients who also have CKD. Our Phase 3 trial in T2D patients with CKD 1-3B, called DREAM-T2D, is ongoing in 7 countries across North America, Europe, and South America.

Plans are underway to expand access of ANJ900 to patients with more advanced forms of CKD. The team has reached two important milestones towards this goal: 1) the regulatory alignment in both the U.S. and China on the study design for advanced CKD patients; and 2) the completion of a pharmacokinetic study in healthy Chinese volunteers to enable concomitant initiation of the label expansion studies in U.S., China, and other major markets later this year.

Anji will finalize a clinical study report (CSR) for the ANJ908 Phase 2 trial and begin preparations for Phase 3. Preparations for the next ANJ900 pivotal trials are also underway.