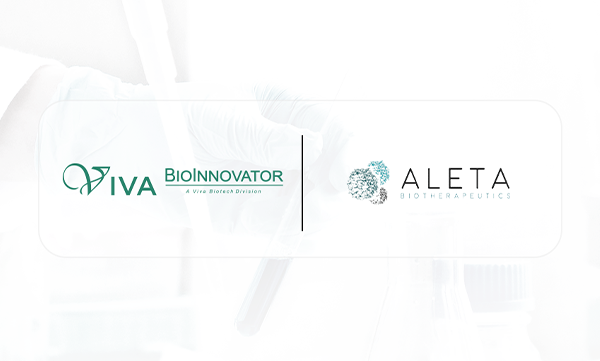 NATICK, Mass., November 7, 2022 – Aleta Biotherapeutics (Aleta), a privately held immuno-oncology company with novel biologic CAR T engagers that work in synergy with cell therapies to improve outcomes for patients, announces that the U.K. Medicines and Healthcare products Regulatory Agency (MHRA) has granted an Innovation Passport under the Innovative Licensing and Access Pathway (ILAP) for Chimeric Antigen Receptor (CAR) T-cell therapy Engager candidate ALETA-001 for the treatment of patients suffering from the B-cell malignancies, non-Hodgkin lymphoma a (NHL) and Acute Lymphoblastic Leukemia (ALL), and who have failed to respond or have relapsed post-CD19 CAR T-cell therapy. ALETA-001 is expected to enter clinical development in 2023 with Cancer Research UK’s Centre for Drug Development sponsoring and conducting a Phase 1/2a clinical trial.

The Innovation Passport is the first step in the ILAP process, triggering the MHRA and its partner agencies, including The All Wales Therapeutics and Toxicology Centre (AWTTC), National Institute for Health and Care Excellence (NICE), and the Scottish Medicines Consortium (SMC), to chart a roadmap for regulatory and development milestones to enable faster patient access to medicines in the U.K. To receive an Innovation Passport, a medicine must address conditions that are life-threatening or seriously debilitating, and there must be an existing significant patient or public health need.

Dr. Nigel Blackburn, Cancer Research UK’s Director of Drug Development, stated, “We are so pleased to receive this designation for ALETA-001, which reboots CAR T-cell therapy by bridging a patient’s circulating CD19-targeted CAR T-cells to cancer cells expressing CD20. 2 While CAR T-cell therapy has revolutionized hard-to-treat blood cancer outcomes, a majority of patients will see their cancer return, and this is where the critical potential of ALETA-001 exists. ALETA-001 is a promising approach to address this significant treatment gap for patients who currently lack effective options.” In June 2021, Aleta Biotherapeutics and Cancer Research UK announced a collaboration in which Cancer Research UK’s Centre for Drug Development will fund, sponsor, and conduct the first-in-human Phase 1/2a clinical trial of ALETA-001, which will be led by Dr. Sridhar Chaganti’s Cellular and CAR T-cell therapies team at the Queen Elizabeth Hospital and University Hospitals Birmingham NHS Foundation Trust, Birmingham UK. In the Cancer Research UK-sponsored trial, patients with B-cell lymphoma/leukemia who have received CD19-targeted CAR-T cell therapy but did not achieve a complete response or who relapsed from a complete response will be enrolled. Aleta retains all rights to further develop and commercialize ALETA-001.